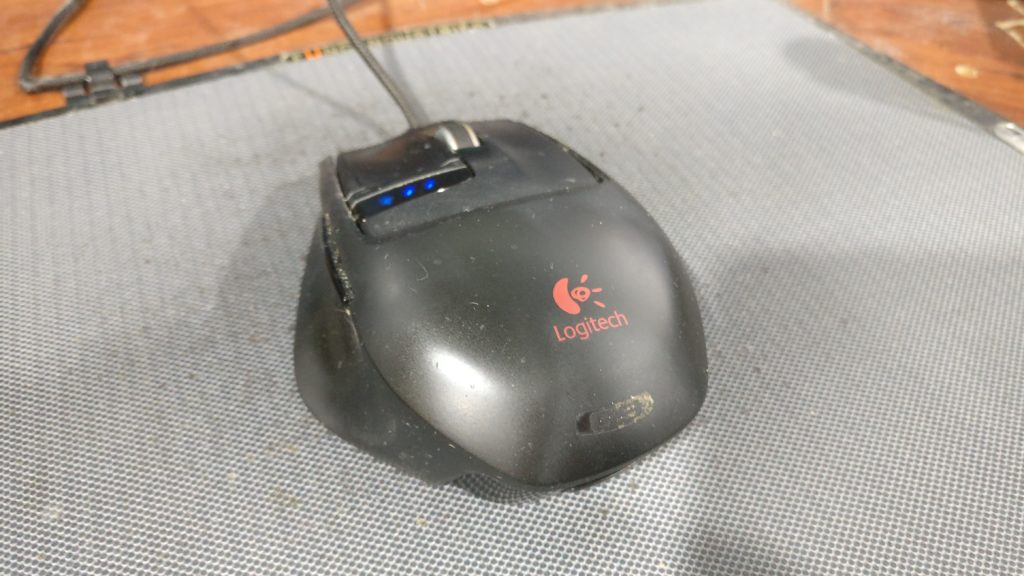 I’ve had Logitech’s G9 mouse for about 10 years now. It’s not the best mouse ever, but I’m very used to it and I like it. I’m not interested in spending lots of money on fancy gaming mice anymore, but I am interested in using my thumb buttons, and they recently quit responding.

Taking apart the mouse is easy, there are lots of guides for it online. You just have to pull off the top and bottom feet pads and take out the 4 screws underneath them. What I didn’t find a guide for was anyone replacing/fixing the thumb button switches. There are plenty of other common issues with this mouse, but I’ve never experienced them. 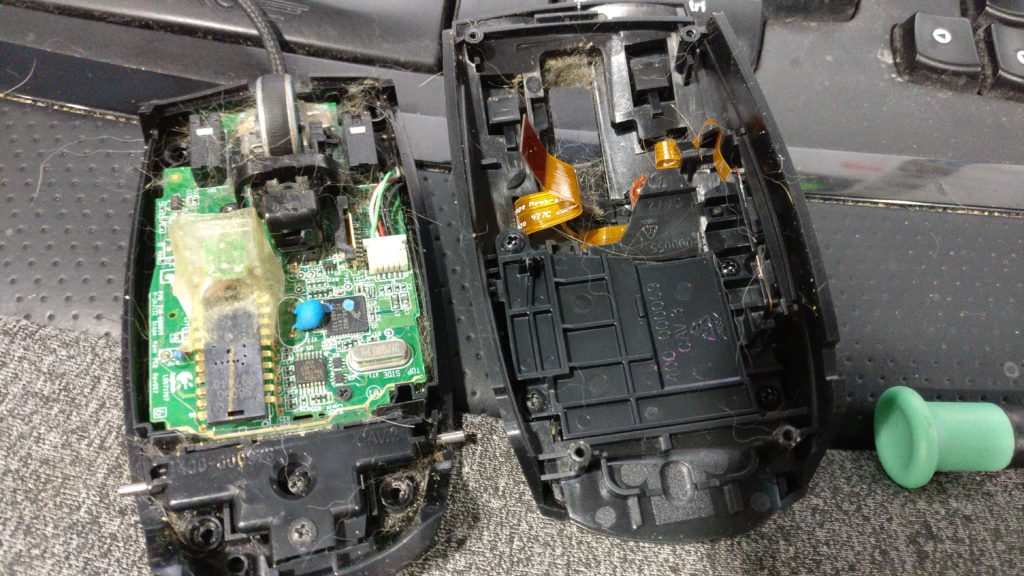 My second, upon taking it apart further was annoyance that the thumb buttons where apparently snap dome metal switches over flex PCB contacts… 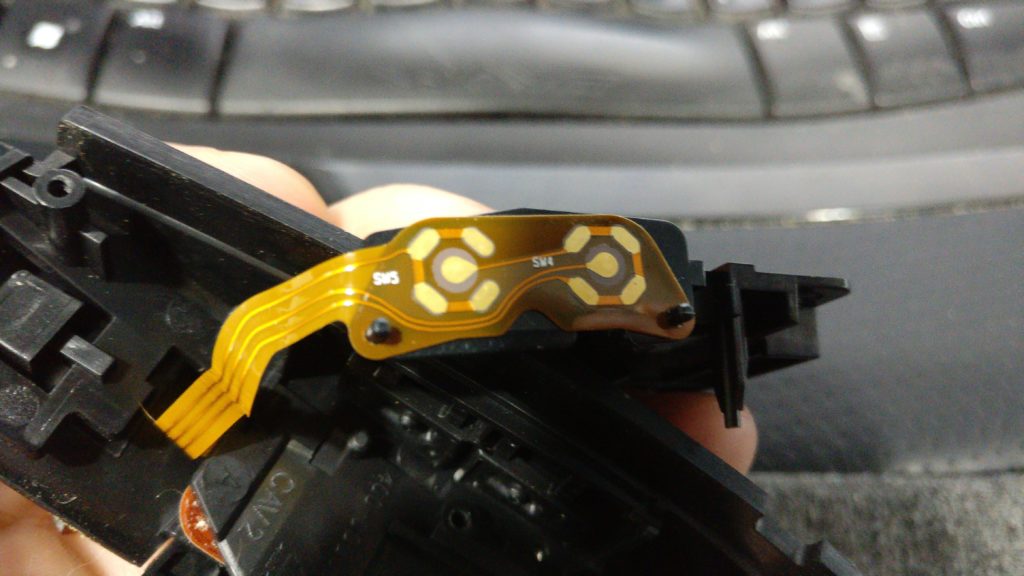 I was expecting a mechanical switch. This is a little disappointing, but I guess they did last for almost 10 years… so who cares. I wasn’t sure if I could fix this kind of switch, but mechanically they where still quite clicky so I thought I’d try just cleaning their contacts. I peeled off the membrane sticker holding them on and cleaned the oxidation off of the metal domes. 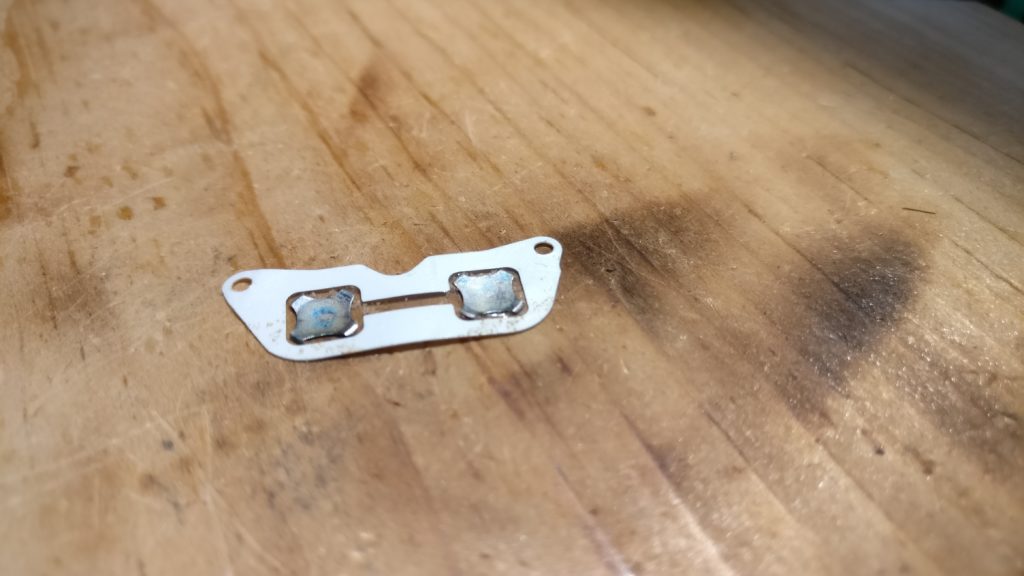 I used DeoxIT D5 and a cue tip to clean them. Be careful not to also clean off to much of the adhesive in the process. 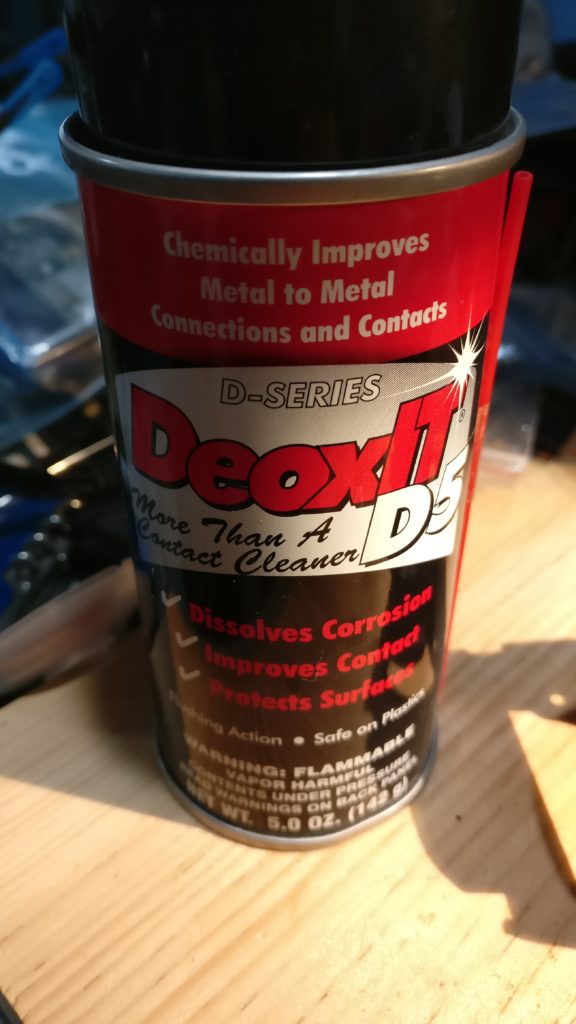 Then put it back together and huzzah! The button is like new again 🙂

Be careful when you take out the plate that holds the flex PCB for the thumb switches (4 more screws to take it off). There is a part under it that falls out when it is removed. It’s the latch for the adjustable weights tray. It sits as seen in this image (on the bottom between the 2 screw holes), though you want it in the extended and not the retracted position when you put it back together (that will make sense when you play with it). 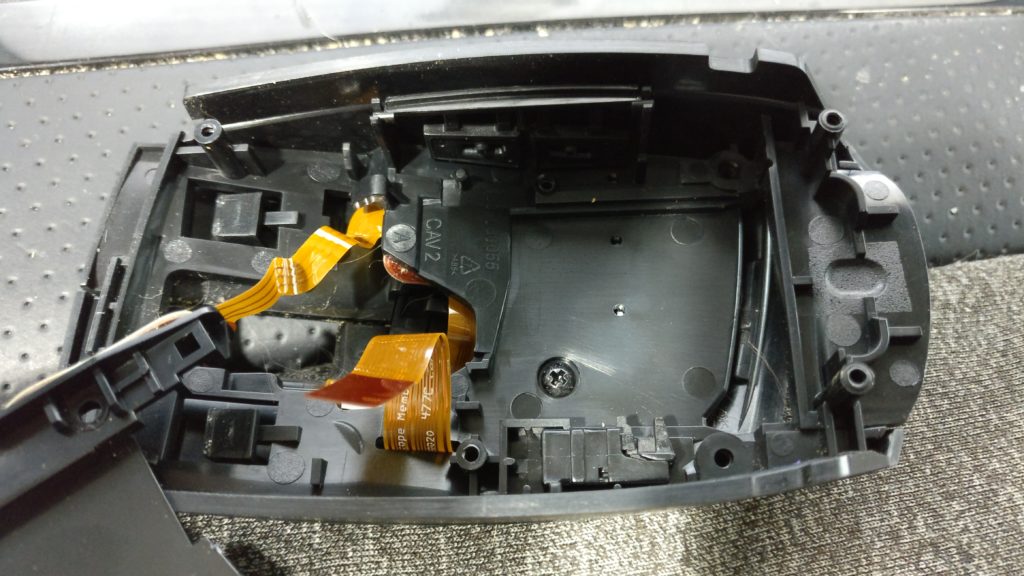 UPDATE:
A reader wrote me to say that after opening their mouse they didn’t have any corrosion on the button domes. Instead they seamed like they had actually worn out somewhat and had less than the normal amount of travel in their movement. To fix this they put a small piece of tape between the button domes and the molded plastic buttons so that pressing the buttons effectively reaches farther and compresses the domes more. Now their buttons are back to working with a normal pressure click. The thickness of tape/number of layers you may need to use this method will vary a little depending on the state of your button domes.